Get a Free Quote

When you have a Heating, Cooling, or Indoor Air Quality issue in Vandalia, OH, know that Troy Furnace & Air Conditioning is the team you can count on! With superior quality products and superior workmanship at price rates that are affordable and competitive, we have a solution for every homeowner in the area. Schedule services online now, or give us a call. We offer online deals and convenient financing options! 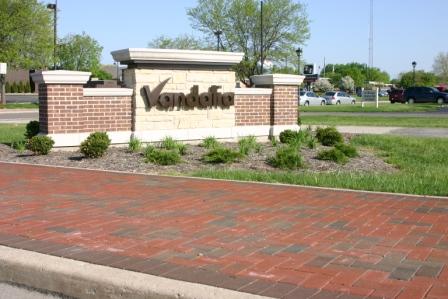 Getting to Know Vandalia, OH

With the intersection of two major highways that stretch across the country in the city, Vandalia has been called the “Crossroads of America” for good reason.

The city is located 10 miles north of Dayton, in Montgomery County. According to recent estimates, the city has a population of nearly 15,000 residents.

Vandalia’s history is rich. On August 17, 1838, Benjamin Wilhelm, a settler from Pennsylvania, settled near what is now the intersection of U.S. Route 40 and US Route 25-A, in what would one day become Vandalia. He built his home and a small general store as a stopping and resting place for travelers going west. The small town began to attract travelers and entrepreneurs, and on February 7, 1848, the town was incorporated as “The Village of Vandalia” with Benjamin Wilhelm as its first mayor. The village was laid out in 38 lots including a church, hotels, blacksmiths shops, a steam sawmill, meat markets, and a carriage shop. It was named after Vandalia, Illinois.

By 1959, Vandalia was outgrowing its “village” status, and its citizens voted to make it a council-manager form of government, effectively making the village into a municipal corporation. On January 2, 1960, Vandalia became a Charter City of the State of Ohio

Vandalia, OH Homeowners Can Count On Us!

No matter what sort of HVAC problem arises, we are always standing by, ready to come out and get your comfort-making equipment back online. Comfort is our calling, and we aren’t comfortable until you’re in total comfort. Family-owned and operated, and satisfaction is guaranteed!

Furthermore, we are also more than happy to offer residents in Vandalia, OH our year-round AC maintenance and furnace maintenance programs if you’re looking to get the most from your air conditioning system, furnace heater — or any other HVAC system for that matter with seasonal maintenance, which should be done every year to keep your systems’ factory warranties active.

So if you’re asking questions like “why is my air conditioner blowing warm air?” or “why is my furnace not turning on?” or “why isn’t my cooling system working properly?”, or “what’s the best HVAC company near me?” we would be more than happy to come to your home promptly and get you back to breathing easily in superior comfort with peace of mind.